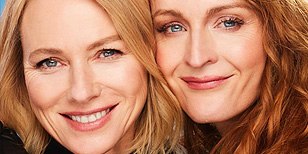 Foto: Bobby Doherty / VULTURE
“It is high time I shall tell you my story myself,” announces Daisy Ridley in the voiceover that opens “Ophelia,” Claire McCarthy’s sympathetic “Hamlet” recalibration, based on the novel by Lisa Klein.

Ophelia” picks up six years before Hamlet spots his father’s ghost. The young girl is even younger, a dirty-faced urchin (Mia Quiney) who sneaks into a royal banquet and interrupts a conversation about temptation in the Bible with her own interpretation. “I think the apple was quite innocent in the matter,” the 10-year-old girl declares. Her social climbing father Polonius (Dominic Mafham) cringes. Hamlet (Jack Cunningham-Nuttall), a cute kid on his way to boarding school, is oblivious. But his mother Queen Gertrude (Naomi Watts) is intrigued. She swoops the motherless tomboy into her clique of ladies-in-waiting, a job that mostly entails braiding one’s hair, flattering the queen’s ego, and dodging the insults of a posh mean girl (Daisy Head) who sneers that this low-born intruder dances like a goat.

This narrative flashback lets McCarthy expand Gertrude’s character, too. Watts plays the queen as a vain and shallow diva who bursts into tears when someone calls her old. At night, she reads erotica about faces flush with ecstasy. During the day, she’s simply bored. Maybe her son thinks of his father as a martyred hero, but when we see him alive, he’s just a bearded oaf draining the romance from the Queen’s life.

No wonder she’s vulnerable to her handsome brother-in-law Claudius’ (Clive Owen) flirtation, especially when he pins her in a turret and whispers, “In law, I am your brother — but I’ve never much loved the law.” And in a dual role, Watts also plays Gertrude’s newly invented older sister Mechtild, the local witch who supplies the castle with poisons and questionable advice …