Season One of Crossing Lines airs this Summer on NBC

April 2013 - NBC and Tandem Communications have jointly announced last week that US Network NBC will air Season One of Crossing Lines beginning this Summer 2013.

Shooting on location in Paris, Nice and Prague, the fictional premise of Crossing Lines taps into the charter of the International Criminal Court (ICC) to mandate a special crime unit to investigate serialized crimes that cross over European borders and to hunt down criminals to bring them to justice… Europe’s FBI is born... 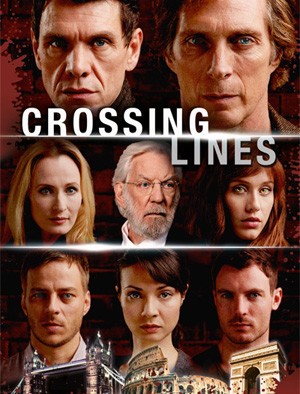